How does anger show a role in Domestic Violence? Basically put most persons that abuse their spouse in this condition are angry due to the antisocial disorder underlying the persons mind. Anger is one of the leading symptoms of personality disorders, which include paranoid schizophrenia, schizoid, antisocial personality, psychopathic, histrionic, sociopath and so forth.

In other words, men that batter their wife in relationships are most likely going to continue until someone dies. It is not wise to engage with these types, as there is rarely a chance of hope. This sort will frequently beat a person, until death becomes the focus. This means someone will die, since this person will become angrier through the years, and often rarely ask for help. Even if he or she does get help, it often fails. I do not recommend starting a relationship with this type of person.

The signs are deranged look or expressions, laughing for no apparent purpose, laughing at a situation where a person was harmed, outbursts of anger for no reason, and so forth. This type is superficial and will often lead you to believe he or she is a model to society, when behind closed doors the predator appears. Hate is the underlying source of this person (s) anger, and hate has proven to kill. A deep-seated jealousy is also underlying the anger issues within these types of individuals.

Many of these type of angry persons will often take drugs, including cocaine, crack, marijuana, and so forth. They often over succeed the limit of alcohol consumptions and this only increases the odds of them blowing up in a rage. One example can be seen in a small town dubbed Dowagiac, Michigan.

The person attempted to kill several women, and was allowed to walk the streets. Little help was provided to this person, and often his outrageous attacks were simply because he could not control the persons involved. The victims were left without justice, and a few even thought that he would change. To date he is sitting in the county jail on a number of charges, including assault of a police office and a hit and run.

The police according to witnesses claims that the perpetrator had a weapon, and was drunk when fled and eluded the police and marijuana was also found in the vehicle. This person had an ongoing history of brutally hurting others, and the justice system let those victims down, which led to more anger problems.

Another example of anger is borderline personality types. These people when feeling abandoned will attack others. Sometimes they are physically abusive, while most times they are verbally and mentally abusive.

All a person has to do is go to work and when he or she returns home, most likely she or he will be accused. The person might even call the workplace of the mate numerous times to verify that he or she was not abandoned.

This is another nature of angry person who infrequently recovers, and just like the antisocial personality types, these types are even as dangerous and manipulative.
Paranoid types also are dangerous and manipulative and their anger can never be predicted. In most cases, these types act out on voices outside the top , or psychotic breaks of the mind. just like the antisocial types, the paranoid type rarely has justifiable reason for his or her behavior. In most cases, it’s merely an impact issue. this suggests if the person is out of control he or she is going to react angrily and violently.

Now and then aggressive behavior at home starts — or increments — during pregnancy, putting your wellbeing and the infant’s wellbeing in danger. The risk proceeds after the child is conceived.

Regardless of whether your children isn’t mishandled, essentially seeing abusive behavior at home can be unsafe. Kids who experience childhood in injurious homes are bound to be manhandled and have conduct issues than are different kids. As grown-ups, they’re bound to become victimizers or think misuse is an ordinary piece of connections.

You may stress that coming clean will additionally imperil you, your youngster or other relatives — and that it may separate your family — yet looking for help is the most ideal approach to ensure your kids and yourself.

Consistent with a recent Gender Report supported violence , it costs the State Rs 1.4 million annually. 24% Mauritian women are victims of violence. 23% Mauritians confess that they need badly treated women. The recent report of the Mauritius Research Council on violence is extremely alarming.
It is reported that over 1,400 men and ladies have participated actively at this study. consistent with the report, women are victims of violence physically, verbally and emotionally.

People are always trying to find simplistic explanations for any complicated phenomena, and violence is not any exception. There are many articles claiming that one factor or another causes violence almost entirely on its own. Is domestic abuse caused by a society with unhealthy views of masculinity? Is it caused by individual lack of control on the a part of the abuser? Is it a cycle of violence, passed down from family to family and generation to generation? Although each of those factors helps to cause violence , there’s no single one that explains it entirely.

Sometimes, however, understanding what causes violence is secondary to trying to prevent it. Every you year, thousands of individuals are the victims of abuse. this will include beating, emotional abuse, sexual assault , and other sorts of cruelty. Although understanding what causes violence is a crucial a part of combating and defeating it, it’s not the most part. the most part is action.

No matter what causes violence , there are some things that we all know can help stop it. Tougher laws to punish abusers and stop them from getting access to the abused are one among the simplest ways to start out . Besides that, violence education is additionally important. The more community education we’ve , the higher off our community as an entire are going to be .

If we educate people on the way to spot signs of abuse, they’re going to know to seem out for it and can be ready to stop it before it gets worse. This is the best way to make a difference.

The last three years, there are some advances in understanding what causes violence . It seems that there’s nobody cause, but it are often predicted in individuals. people that have poor emotional control, difficulty observing their own motives and feelings, and an inability to relate and feel for people are far more likely to be abusers than members of the overall population are. If these people are caught early enough, there’s some sign that they will be successfully treated. This is a great way to treat the basis causes of violence . After all, it’s always better to prevent the matter before it starts. It prevents the suffering of the victim and eliminates the necessity to punish the perpetrator, so it’s better for everybody and for society at large

You may not be able to seek help because you think you’re a minimum of partially responsible for the abuse within the relationship. Reasons may include:

Your partner accuses you for the violence in your relationship. Abusive partners rarely take responsibility for his or her actions.
Your partner only exhibits abusive behavior with you. Abusers are often concerned with outward appearances, and should appear charming and stable to those outside of your relationship. this might cause you to believe that his or her actions can only be explained by something you’ve done. 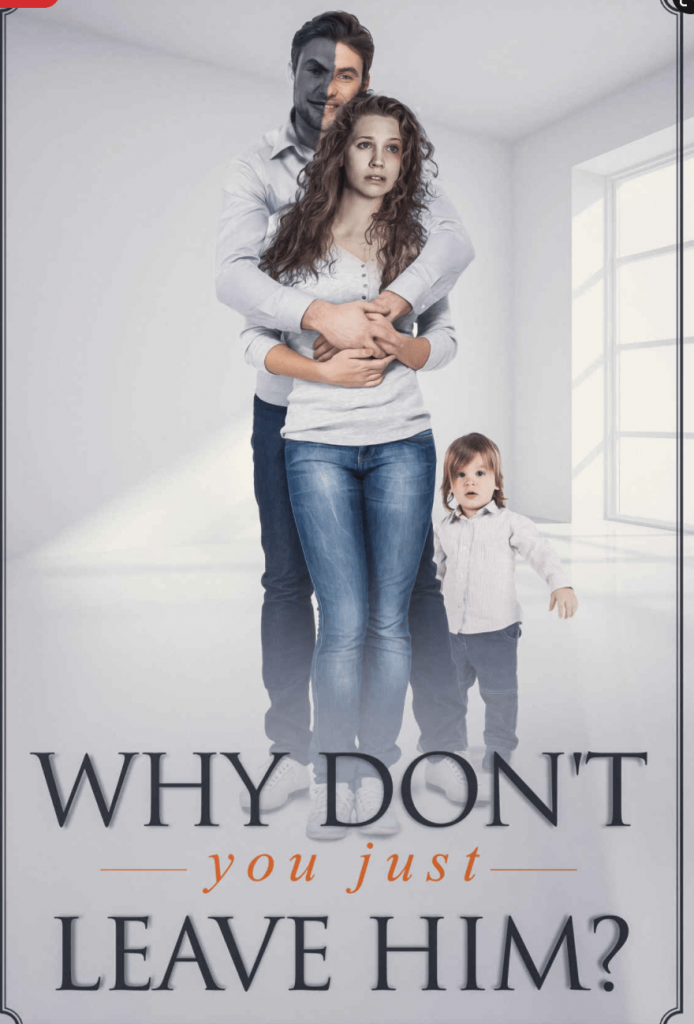 Why don’t you just leave him?: A true story of living through Domestic Violence.

Therapists and doctors who see you alone or together with your partner haven’t sensed a difficulty . If you haven’t told your doctor or other health care providers about the abuse, they’ll only note of harmful patterns in your thinking or behavior, which may cause a misdiagnosis. For instance , survivors of intimate partner violence may develop symptoms that resemble personality disorders. Revelation to intimate partner violence also rises your risk of psychological state like depression, anxiety and post-traumatic stress disorder (PTSD).

If health care providers specialise in your symptoms, this might worsen your fear that you simply are liable for the abuse in your relationship.

You have acted out verbally or physically against your abuser, yelling, pushing, or hitting him or her during conflicts. you’ll worry that you simply are abusive, but it’s far more likely that you simply acted in self-defense or intense emotional distress. Your abuser may use such incidents to control you, describing them as proof that you simply are the abusive partner.
If you’re having trouble recognising what’s happening, take a step back and appearance at larger patterns in your relationship. Then, review the signs of violence . In an abusive relationship, the one that routinely uses these behaviors is that the abuser. The person on the receiving end is being abused.

Harsh relationships consistently include an unevenness of force and control. A victimizer utilizes scary, destructive words and practices to control their accomplice.

It probably won’t be not difficult to distinguish aggressive behavior at home from the start. While a few connections are unmistakably damaging from the beginning, misuse frequently begins unobtrusively and deteriorates over the long haul.

You may be encountering abusive behavior at home in case you’re involved with somebody who: 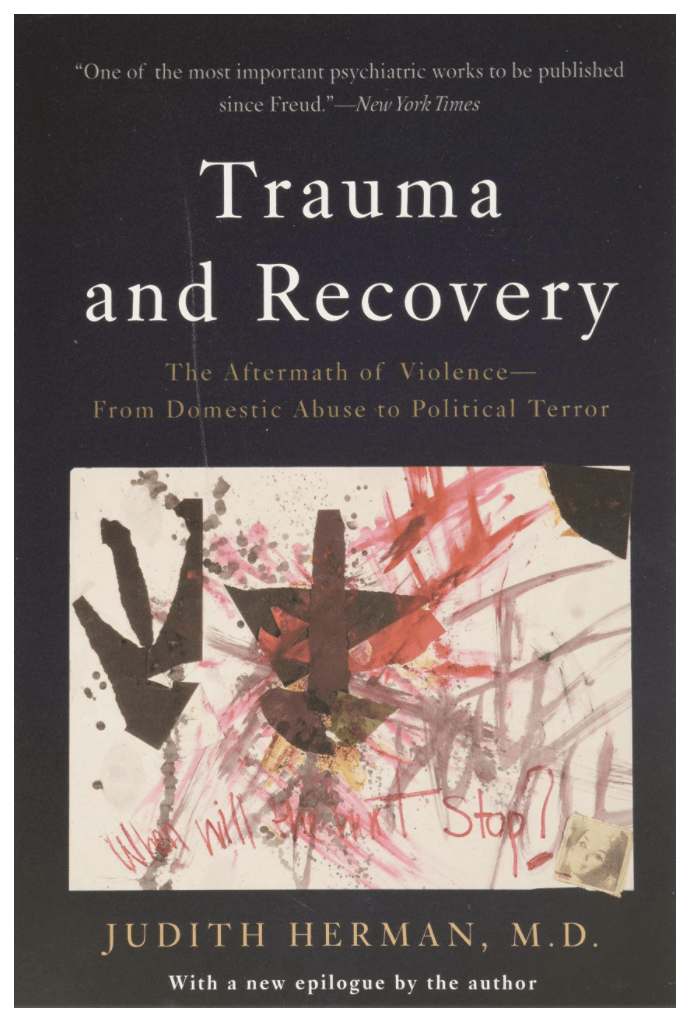 Trauma and Recovery: The Aftermath of Violence-

Where to hunt help
In an emergency, call 911 — or your local emergency number or enforcement agency.

Someone you trust.  loved one, neighbor, co-worker, or religious or spiritual adviser for support.

Your health care provider. Doctors and nurses will treat injuries and may refer you to safe housing and other local resources.