The island of Madagascar can be found in the western part of the Indian Ocean. The island is located off the coast of Africa and is separated from the continent by the Mozambique Channel.

A plateau, also known as a high and level land, can be found in the middle of Madagascar. In certain locations, the plateau is broken up by mountain ranges. The highest point on the island is Maromokotro Peak, which is located in the north.

It reaches a height of 9,436 feet (2,876 meters). Along the entire length of the east coast is a relatively narrow plain. The western region is dominated by low plateaus and plains. Rivers in the east tend to be shorter and have a faster flow, whilst rivers in the west tend to be longer.

A tropical environment that is hot and humid prevails along the east coast. The temperature is lower in the centre plateau. It is dry in the southwest.

Madagascar is an extremely underdeveloped nation. The majority of the population makes their living by cultivating crops and breeding humped cattle known as zebu. Rice is the utmost significant crop for food. Vanilla beans and cloves are grown by farmers specifically for export to other nations. In addition to shrimp, coffee, and sugar, Madagascar is a producer of coffee and sugar.

The primary products of Madagascar’s limited industrial sector are textiles and apparel, cement, soap, beer, and cigarettes. Chromium, Graphite, Gold, and Precious Stones are all Obtained from Mines.

Is there a situation of emergency in Madagascar?

In the year 2022, Madagascar was struck by multiple tropical storms, which resulted in the loss of a large number of lives, the destruction of homes and other important infrastructure, the displacement of people, and the flooding of croplands just a few weeks before harvest. These storms pose a danger to the population’s ability to obtain sufficient food and increase the likelihood of price increases for essential foods.

Why is Madagascar facing a dilemma with its food supply? 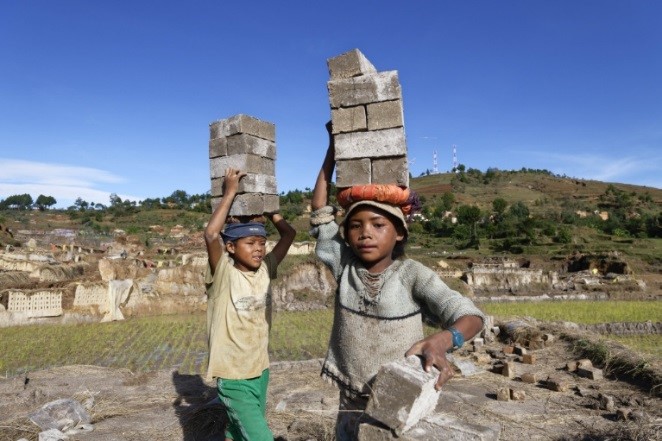 What are the challenges that Madagascar is facing?

In addition to this, Madagascar is extremely vulnerable to the effects of climate change. Over the previous thirty-five years, the Big Island has been afflicted by more than fifty natural catastrophes, including cyclones, droughts, floods, and locust invasions, which have had an impact on the lives of more than half of the people.

Is there a drought across the entirety of Madagascar?

The southern part of Madagascar has been devastated by a drought that has lasted for the past two years, putting 1.5 million people – roughly half of the population of the region – in danger of starvation. Children are specifically defenceless in this situation.

Which of these is Madagascar’s most pressing concern?

Dangers posed to the unique biodiversity and ecosystems of Madagascar

Their poverty is costing the nation and the world because it is contributing to the extinction of the island’s endemic species of plants and animals. Deforestation and the degradation of habitats are two of the most significant environmental issues facing Madagascar.

Madagascar received a score of 28 out of a possible 100 and ranked 123rd out of the 168 nations that were evaluated by Transparency International in 2015. It is a crime to offer or receive a bribe, and any activity can result in legal consequences including a trial.

How many children are working in Madagascar?

And that number is just a tiny fraction of the total number of child labourers in the country — estimated at over 5.7 million, or nearly half (47%) of the under-18 population.

The effects of the ongoing drought are now being felt in major towns in the southern part of Madagascar as well. As a result, many youngsters are being forced to beg for food in the streets.

People are selling their land in order to obtain some funds with which to purchase food “Tsina Endor, who works for a charity called Seed in Tolanaro, chimed in as well.

Her colleague, Lomba Hasoavana, stated that he and many others had begun sleeping in their cassava fields in an effort to safeguard their crops from people who were desperate for food. However, this practice had become too risky to continue. 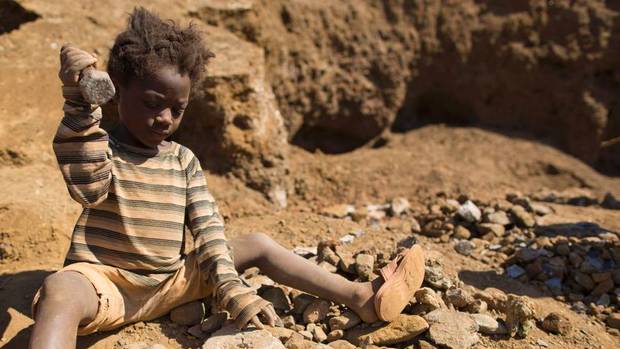 The worst forms of child labour, such as commercial sexual exploitation and domestic servitude, are practised on children in Madagascar, often as a consequence of human trafficking. This includes the use of children in domestic servitude. In addition, children are used in hazardous labour in the mica mining industry as well as in agricultural production, including the manufacture of vanilla.

According to a prominent organisation that focuses on protecting the rights of children, more than half of the people who mine for mica in Madagascar are children as young as five years old.

An investigation carried out by Terre des Hommes Netherlands over the course of a year revealed that at least 11,000 children between the ages of five and 17 are employed in the quarrying and processing of the shimmery, heat-resistant mineral. This mineral is utilised in a wide variety of products, ranging from car paint to cosmetics, and is extremely prevalent in the automotive and electronic industries.

In the poorer southern region of Madagascar, it is difficult to make a life that is considered respectable. Mica mining is one of the very few possibilities available to persons who are interested in earning an income that is low but rather stable. 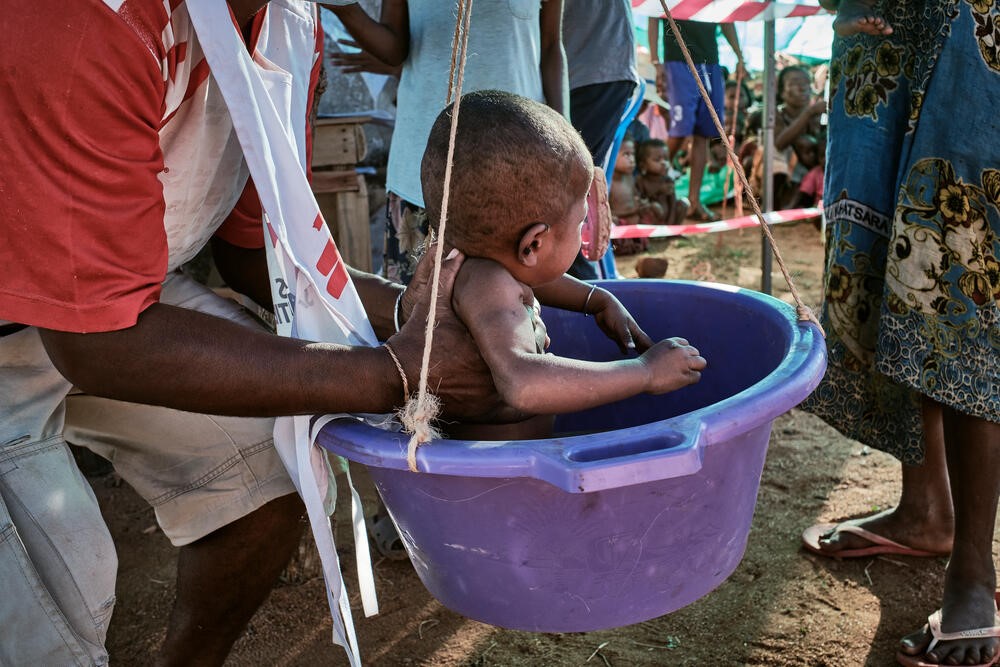 Mica is mined by families, which includes both parents and children. These families endure difficult working circumstances that are unpleasant and risky, and their earnings are sometimes insufficient to cover even one meal per day.

According to recent reports, there are approximately 10,000 children working in the mica sector in the southern region of Madagascar. These children are employed in a variety of tasks, including the construction of mines, the extraction and sorting of mica, and the hoisting of loads of mica out of mines.

In the areas surrounding mica mining operations, young girls are especially susceptible to sexual exploitation. Children who work in mines are susceptible to a variety of illnesses, including those that affect their respiratory systems, such as malaria and diarrhoea, and they run the danger of being hurt when mines collapse.

In mining towns, the rights of a great number of children are routinely violated. They start working at a young age, sometimes on an empty stomach, in hazardous conditions, and they are not given the opportunity to attend school, engage in recreational activities, or get any needed rest.

Why does Madagascar have such a severe poverty problem?

Malnutrition affects 70 percent of Malagasy people nowadays. Why is Madagascar such a low-income country? During the kleptocratic dictatorship of Didier Ratsiraka, which was sponsored by France, government officials stole millions of dollars worth of monies that was intended for humanitarian and development efforts. To provide a more general overview, the cost of corruption to developing countries is extraordinarily high. 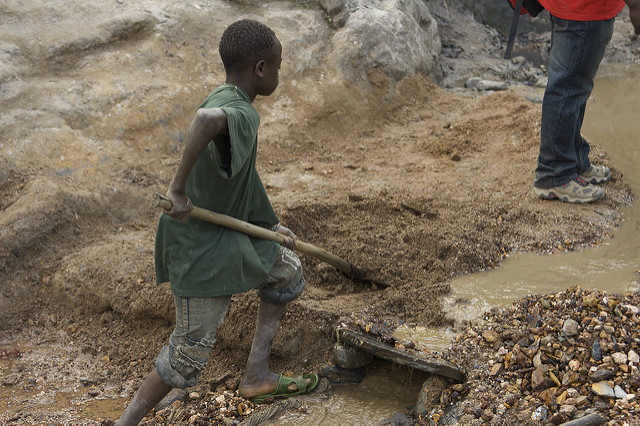 What are the challenges that Madagascar is facing?

In addition to this, Madagascar is extremely vulnerable to the effects of climate change. Over the previous thirty-five years, the Big Island has been afflicted by more than fifty natural catastrophes, including cyclones, droughts, floods, and locust invasions, which have had an impact on the lives of more than half of the people.

Make Your donation Now-Please check below