Hippopotamus, also known as Hippo, is a big, amphibious land mammal and is Africa’s most dangerous animal. Hippos have killed more humans than even lions have in Africa in recent times. They have killed 3000 people a year in Africa. The Hippo can even outrun humans, and those powerful jaws can strike with such power and force that either permanent injury or sometimes, death, might occur. Their bite force is 1,825 psi (pound per square inch), which is one of the largest in the world amongst the animal species. You don’t want to get in the way of these river giants. Even crocodiles fear hippos. Hippos are very territorial and they will give an intruder two warnings before they lose their temper and attack the intruder with their powerful jaws.

Features of the hippo:

Hippos have a large round body with four stumpy legs and a huge head. They are brown with pink underparts. Height-wise, they can stand up to a height of 5 foot and 2 inches, i.e., 1.6m, and 3.3-5m in length. Weight-wise the male weighs on average, about 1600-4500kg, while a female weighs on average about 1400kg. Their teeth can grow up to 1m in length. 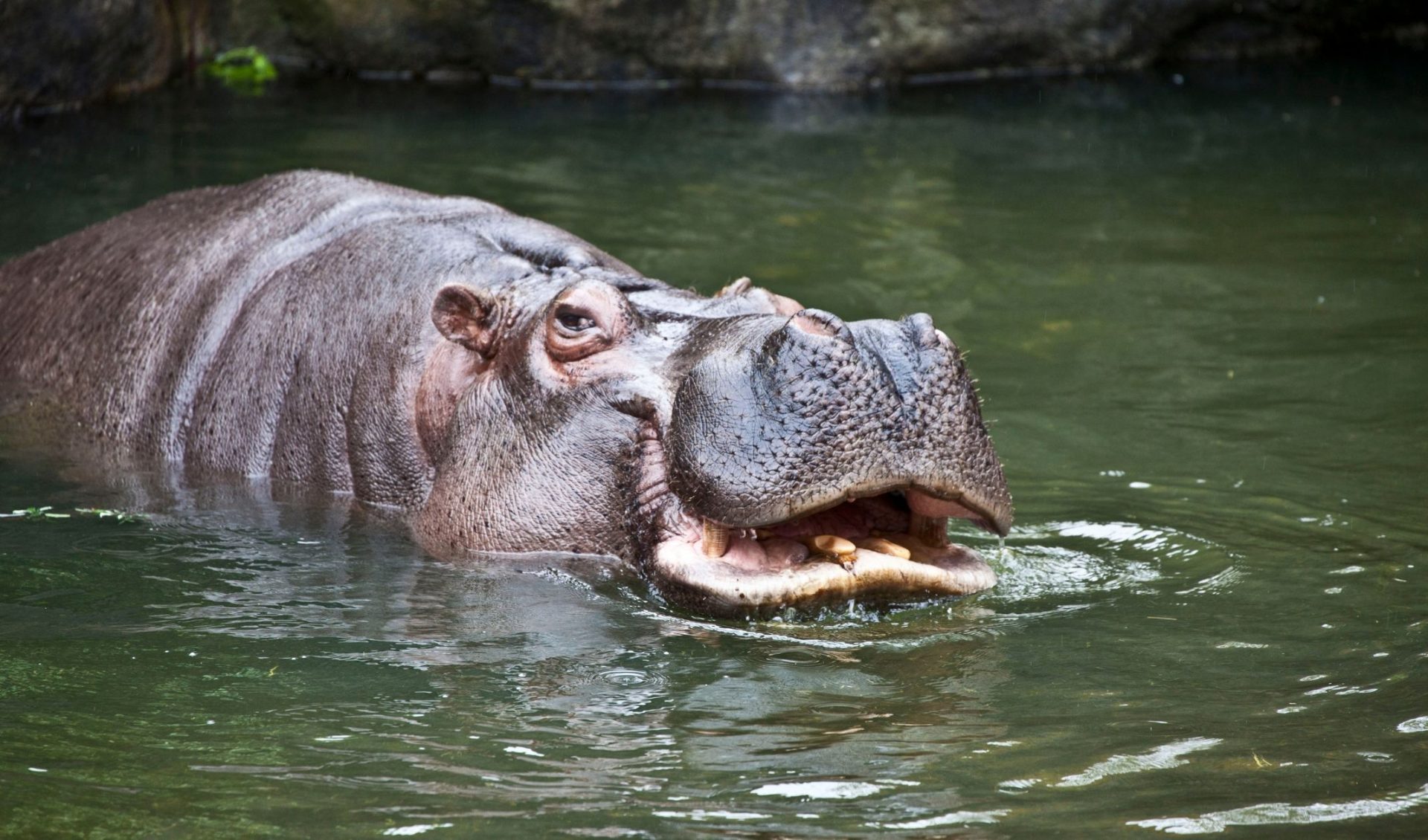 As mentioned earlier, hippos are herbivores, however, in recent years, more particularly, in 2015, there were sightings of hippos scavenging on carcasses, including that of other hippos. Hippos live in groups called bloats and are very social. Hippos live in Sub-Saharan Africa and are amphibious animals that spend most of their time submerged in the rivers to avoid the hot African sun. Bloats of hippos consist of 30-200 individual hippos.